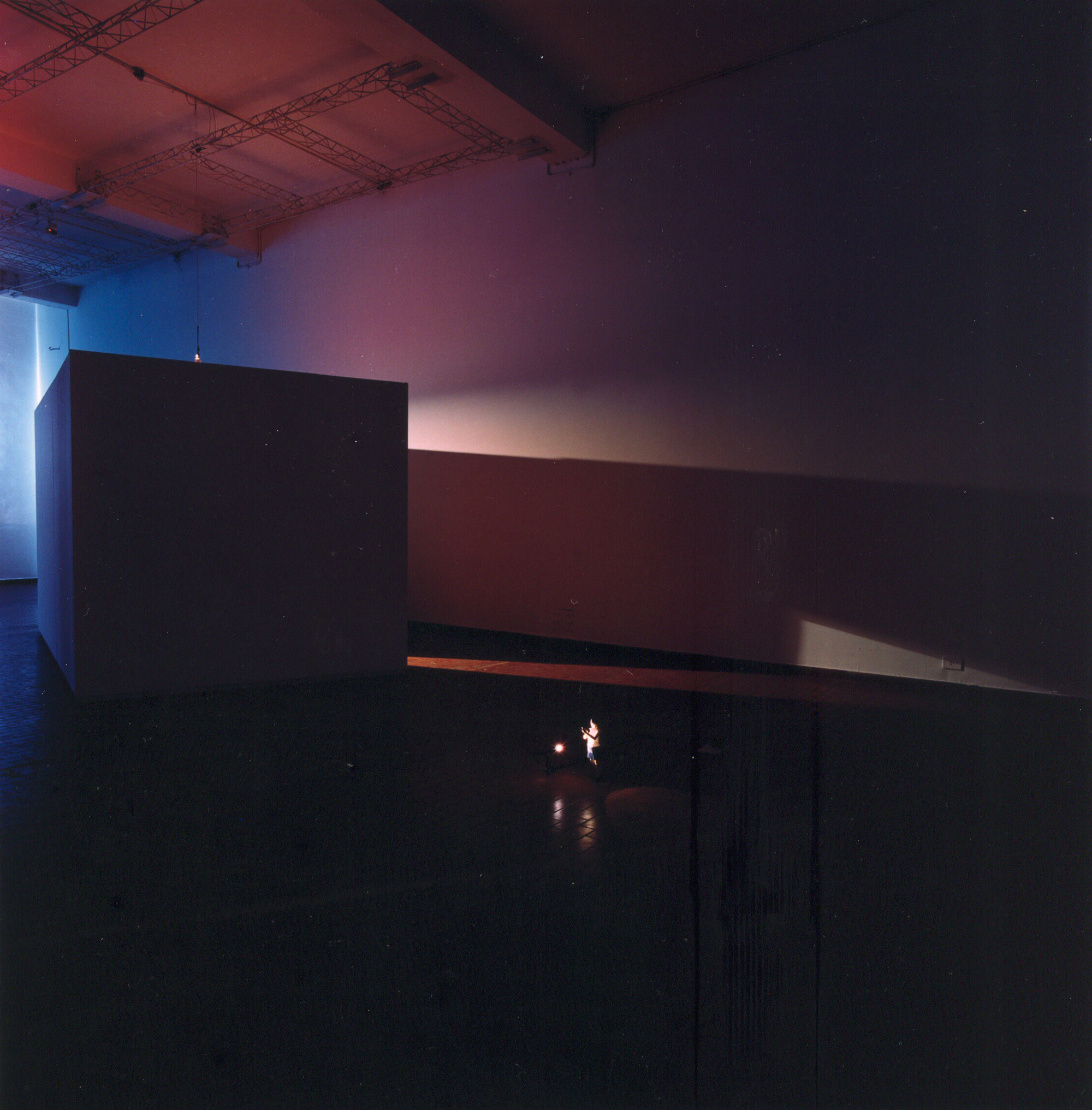 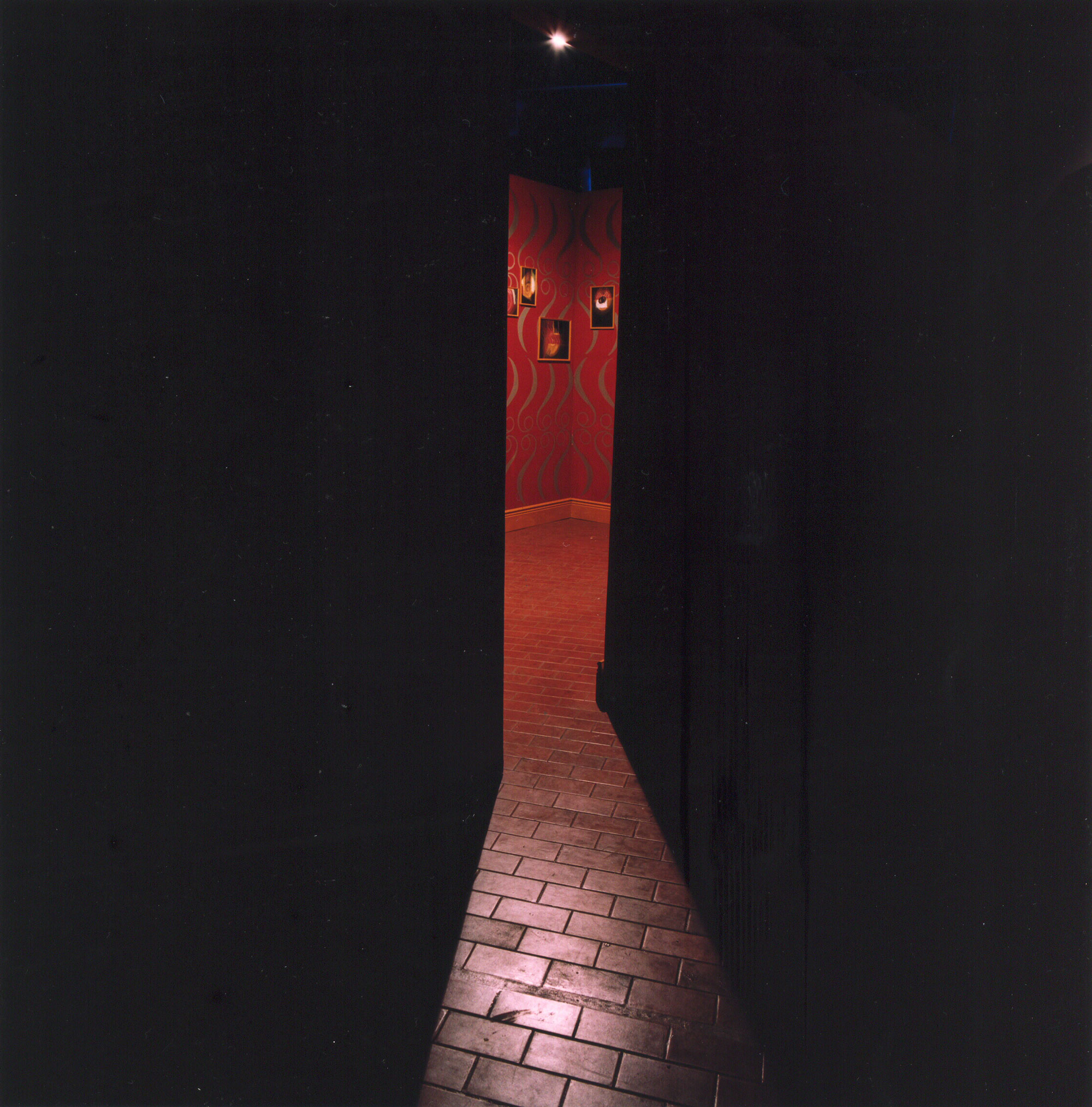 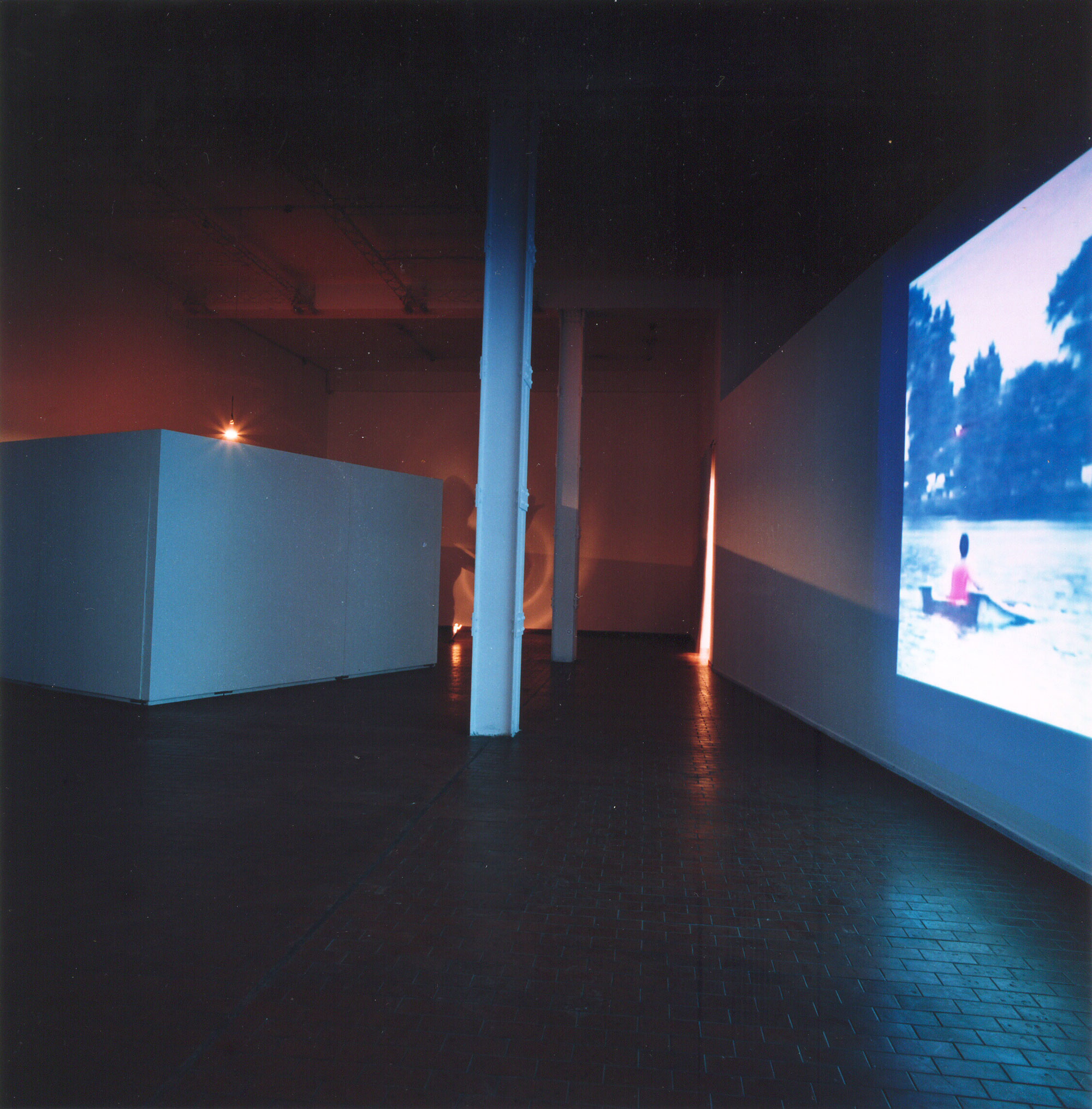 Three Days Before was a solo show I had at the Buenos Aires Museum of Modern Art in 1999. For the occasion, I played with the idea of applying a literary technique, the Chinese boxes or mise-en-abyme structure, to the story that emerged from Plan of Invasion to Holland.

Three Days Before works as a narrative inside a narrative, like a dream in a dream, from the point of view of a fictional character –Self Portrait– that relates to a place or scenery –The Embassy-, and to an event –About Sinking-, presented as an epilogue. The three works complete a full circle that spirals back to the ancestor story, Plan of Invasion to Holland.

The Chinese-box device appears at different levels in the three pieces. The Chinese shadows produced by the figure of Self Portrait reproduces its own silhouette into the big circle of light projected by the torch. The light pattern of the same torch is used to light up the rooms of The Embassy, and to guide us towards its only inhabitant, a dog who happened to be the model for the decoy in Plan of Invasion to Holland.

PDF version of the text written by Christian Ferrer for the exhibition. 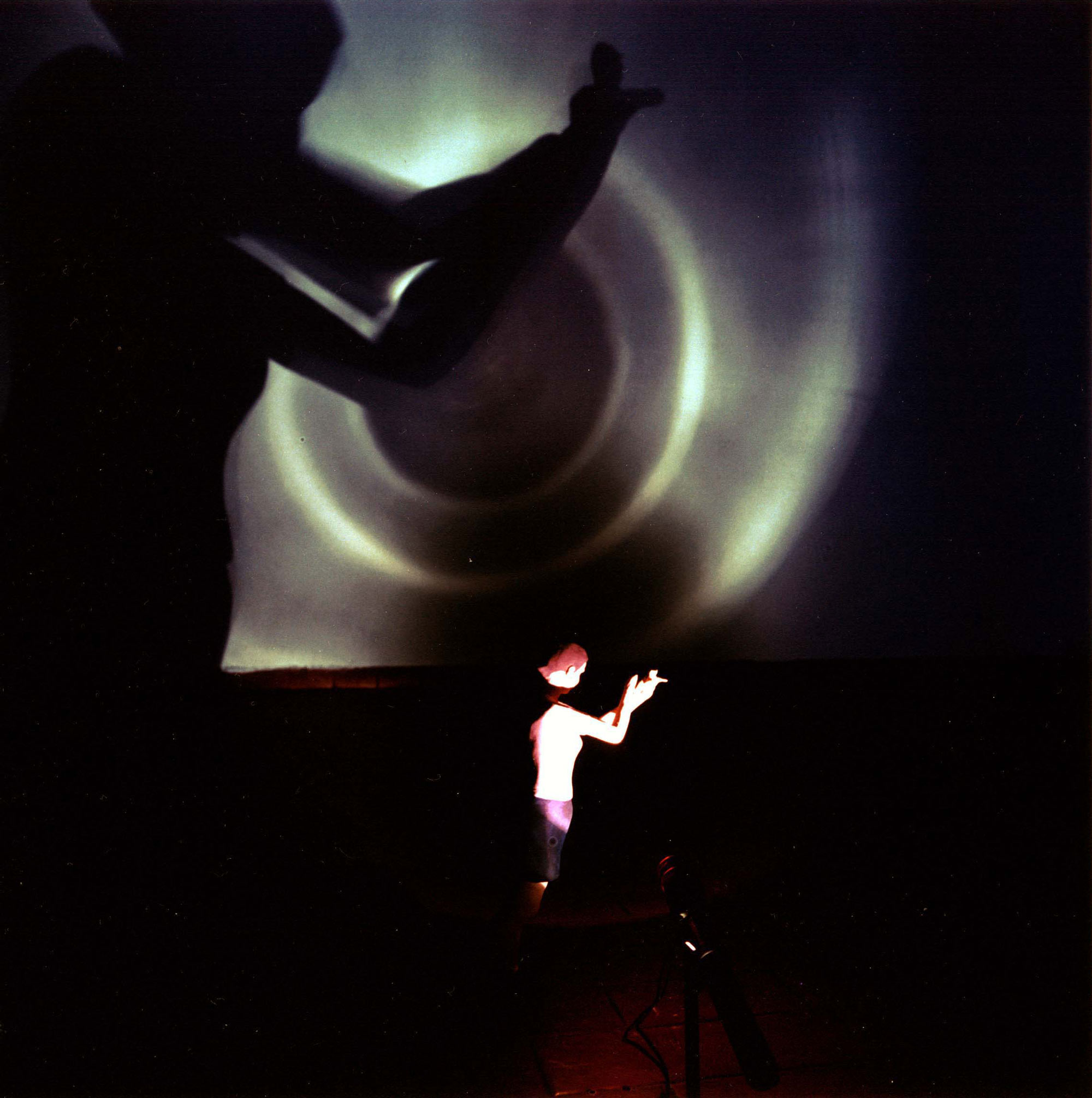 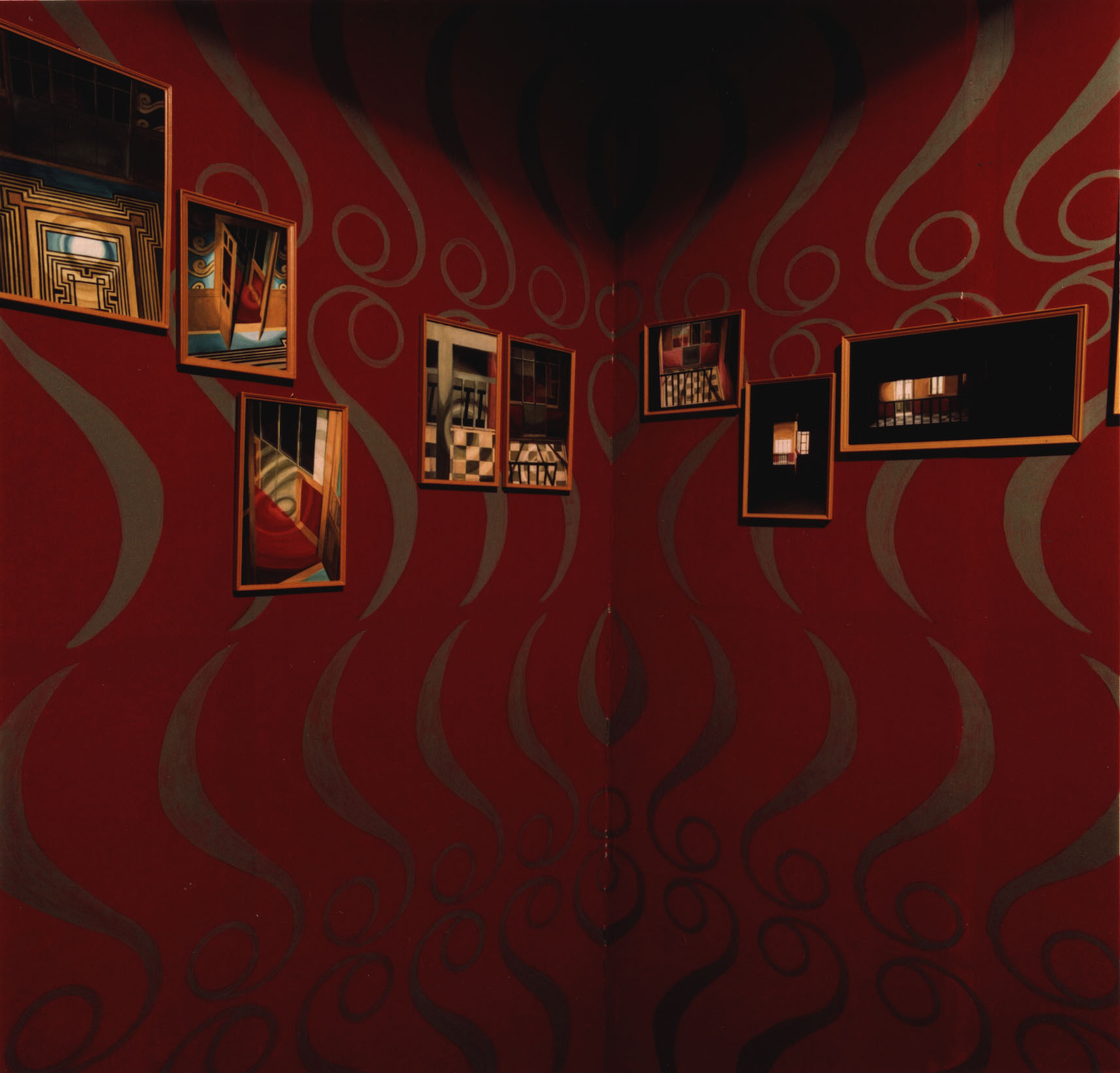