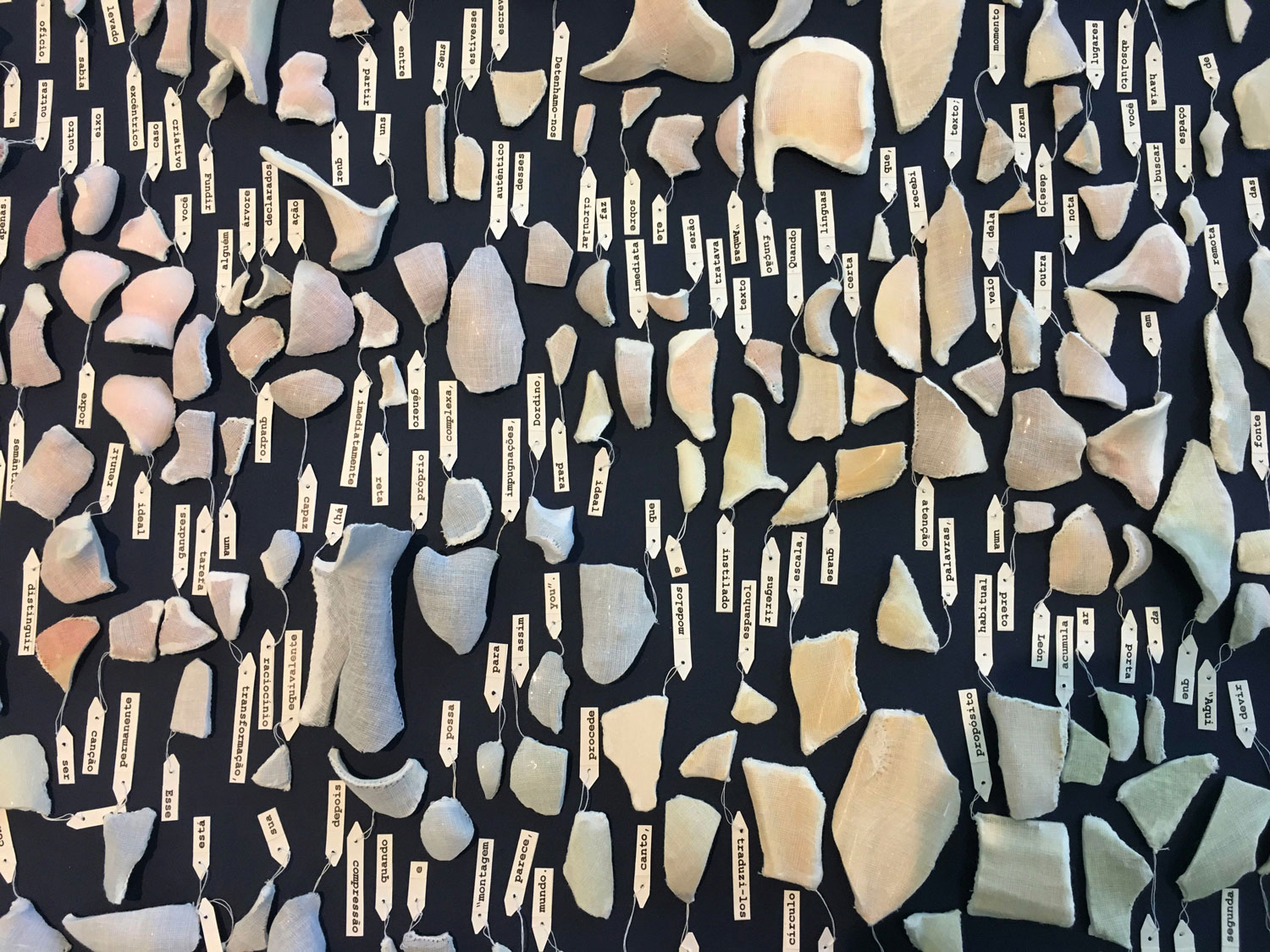 I created Footnote for Affective Affinities, the 33a São Paulo Biennial in 2018.  Gabriel Pérez-Barreiro -the 2018 biennial’s curator- invited me to show my work in the double role of artist-curator; that is, to curate a group show while including my own work in the exhibition. Footnote fulfilled, therefore, the double function of artwork and curatorial text for The Slow Bird, the group show I curated for the biennial.

I placed porcelain ornaments depicting animals on the roof of my house. These were dropped and smashed after being attacked by the seagulls who nest on the roof. Then I collected the fragments created from the breakage and covered them in cotton muslin with the help of a team of forty women. Their brief was to conceal the shape while describing it by sewing around it.

Each fragment was then associated and labelled with a word from The Locked-Room Mystery,  the detective story I commissioned from writer/translator Pablo Martín Ruiz, a ‘curatorial fiction’ which contains clues of the curatorial thinking behind the exhibition. Footnote can be read therefore as the poetical translation of a fictional story.

In Footnote the sequence of words in the story was abandoned and fragments are grouped on a big table following formal and narrative affinities amongst shapes. These affinities dictate the grammar and semantics of the reading action performed by the spectators as they walk around it.

Both the detective story and Footnote can be seen as two sides of a coin, in which analytical thinking meets poetry.

Detective story and porcelain ornaments broken by eight birds into 5500 fragments, covered in cotton fabric sewn by hand by 40 women, labelled and placed on a table.

PDF version of the book published on the occasion of The Slow Bird show. It contains The Locked-Room Mystery, detective story commissioned from writer and translator Pablo Martín Ruiz. The briefing was to create a detective story that would work transversally in relation to all other artworks in The Slow Bird. This fictional narrative taps into key concepts of the curatorial strategy while connecting poetical and ludic fragments of texts inspired in the artworks exhibited in The Slow Bird.

A post-human analysis of The Slow Bird by philosopher Paula Fleisner. 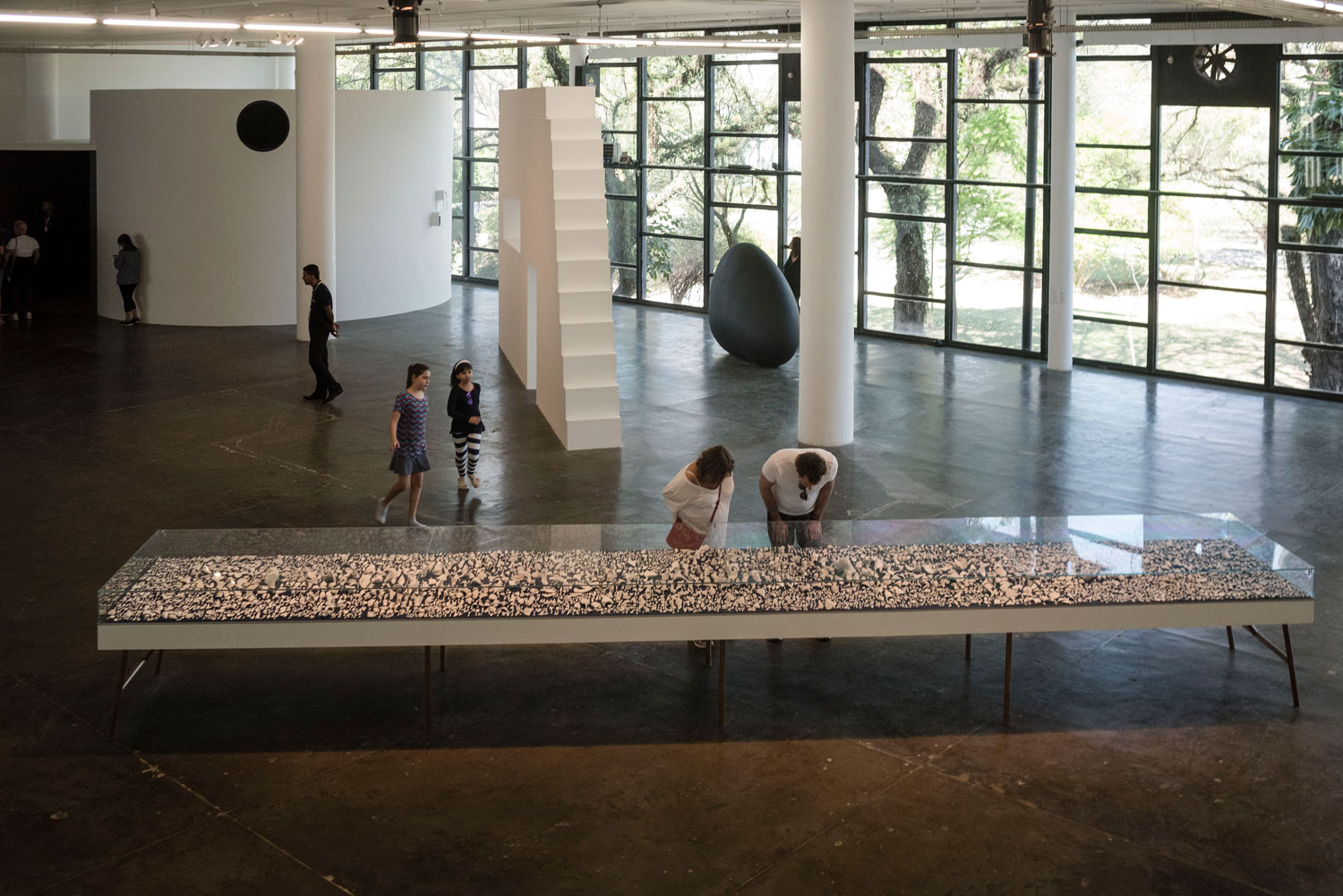 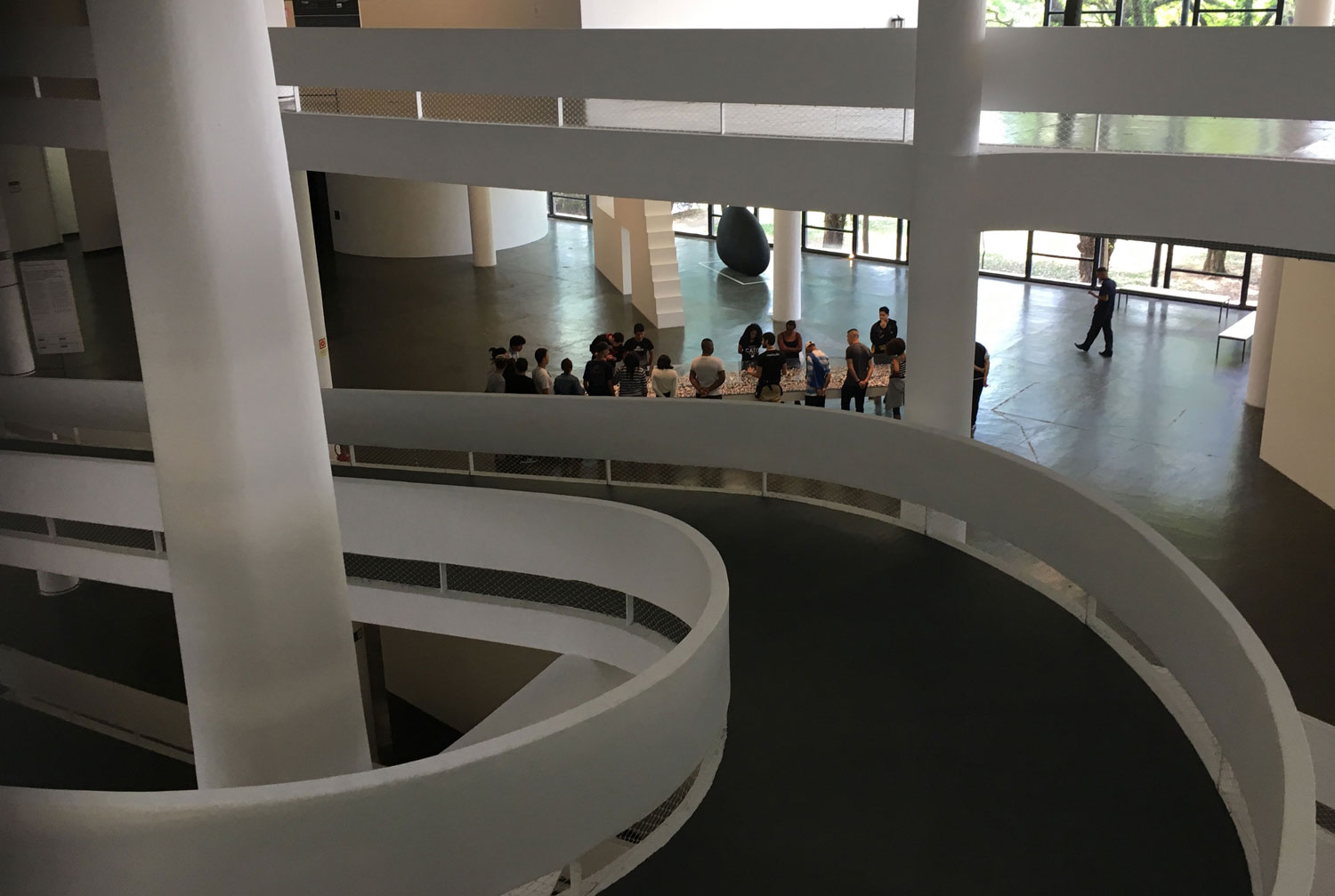 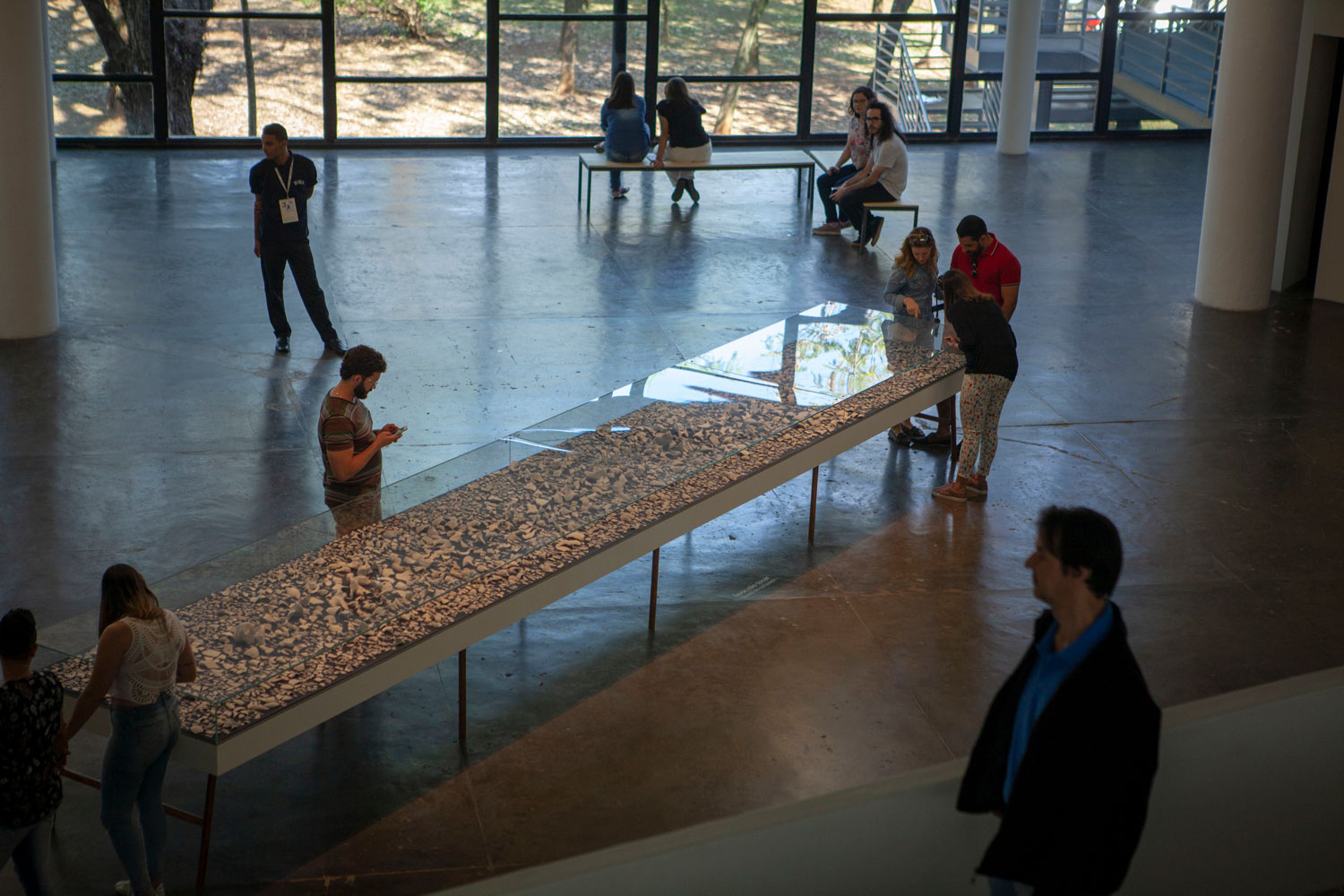 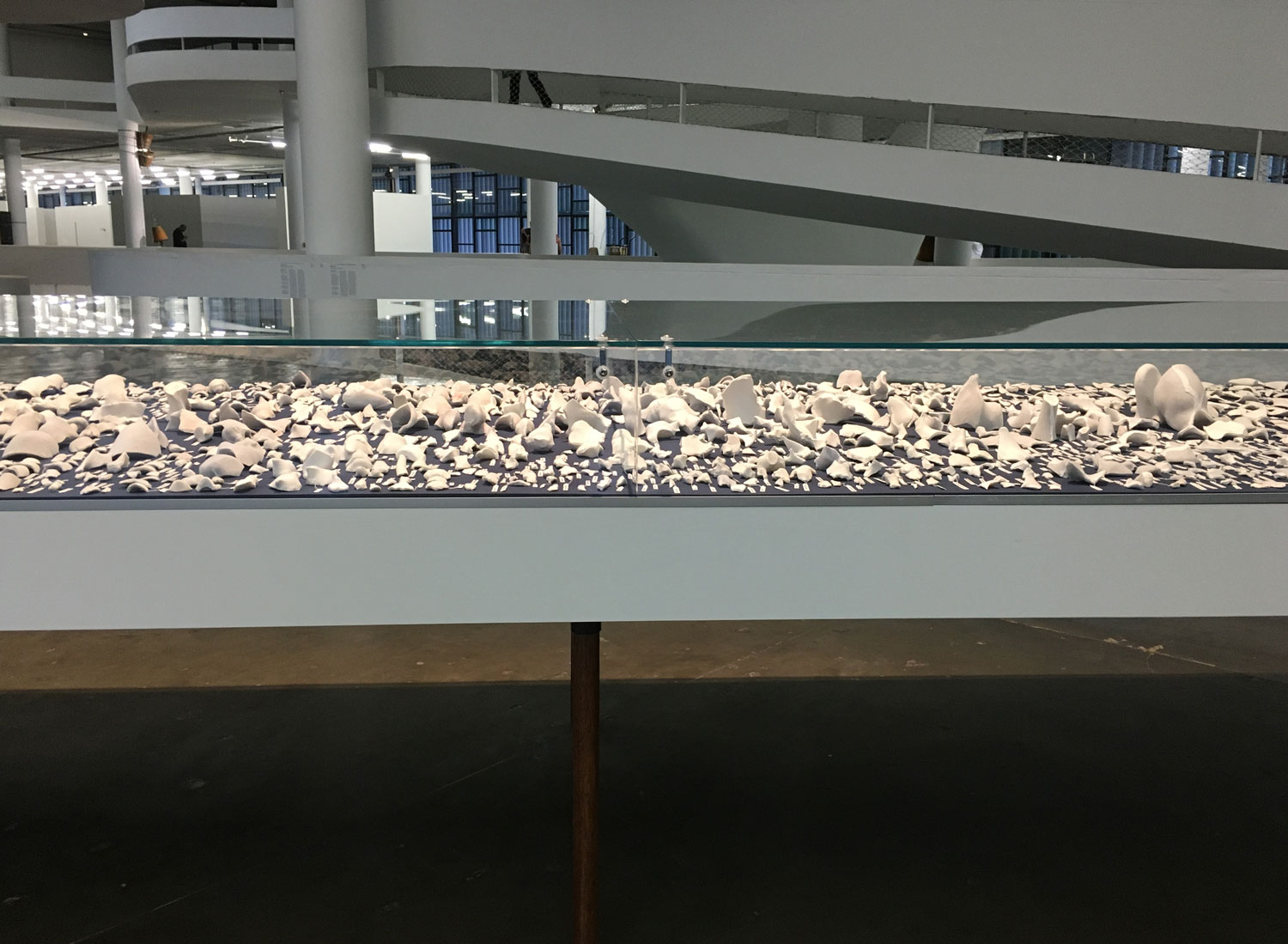 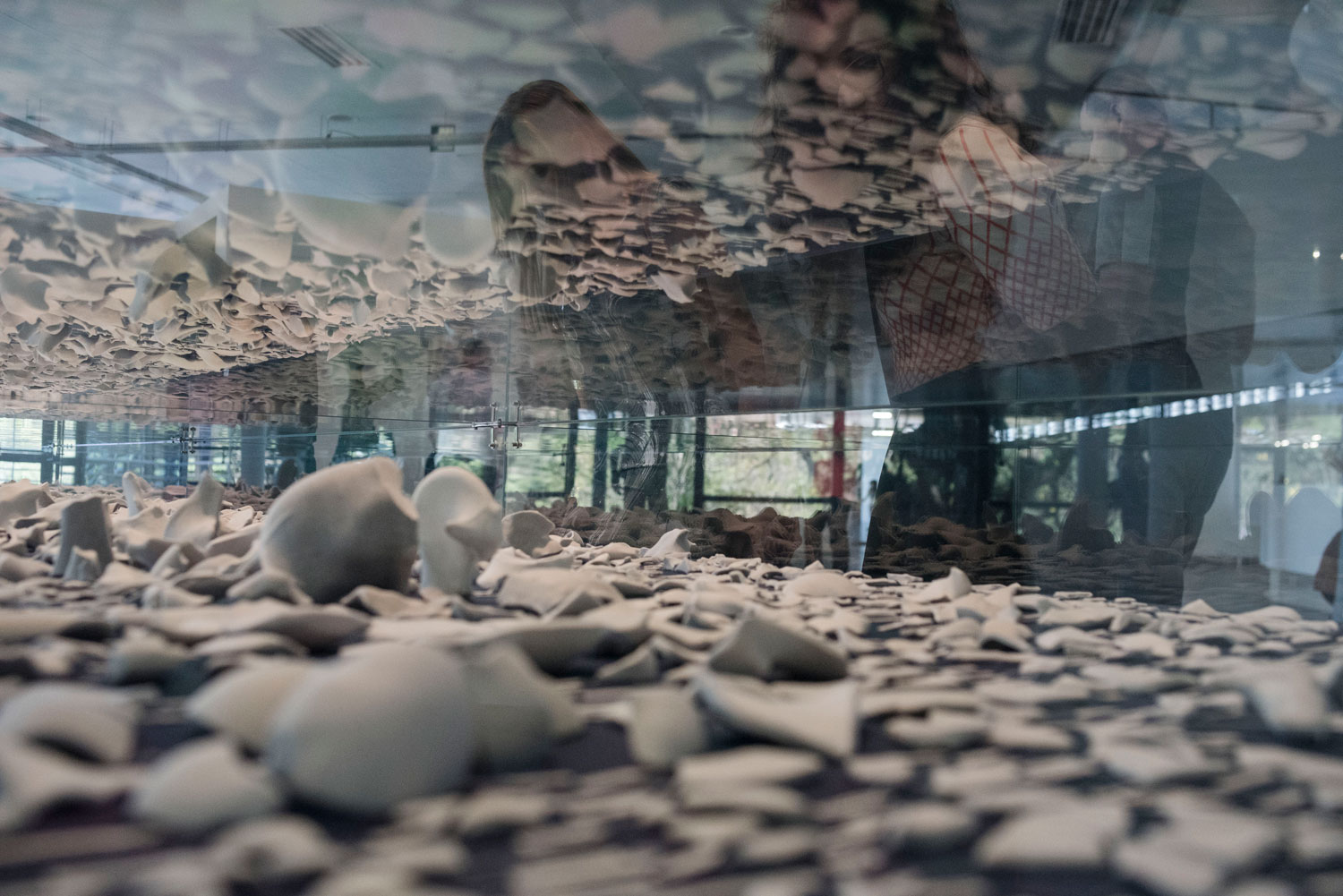 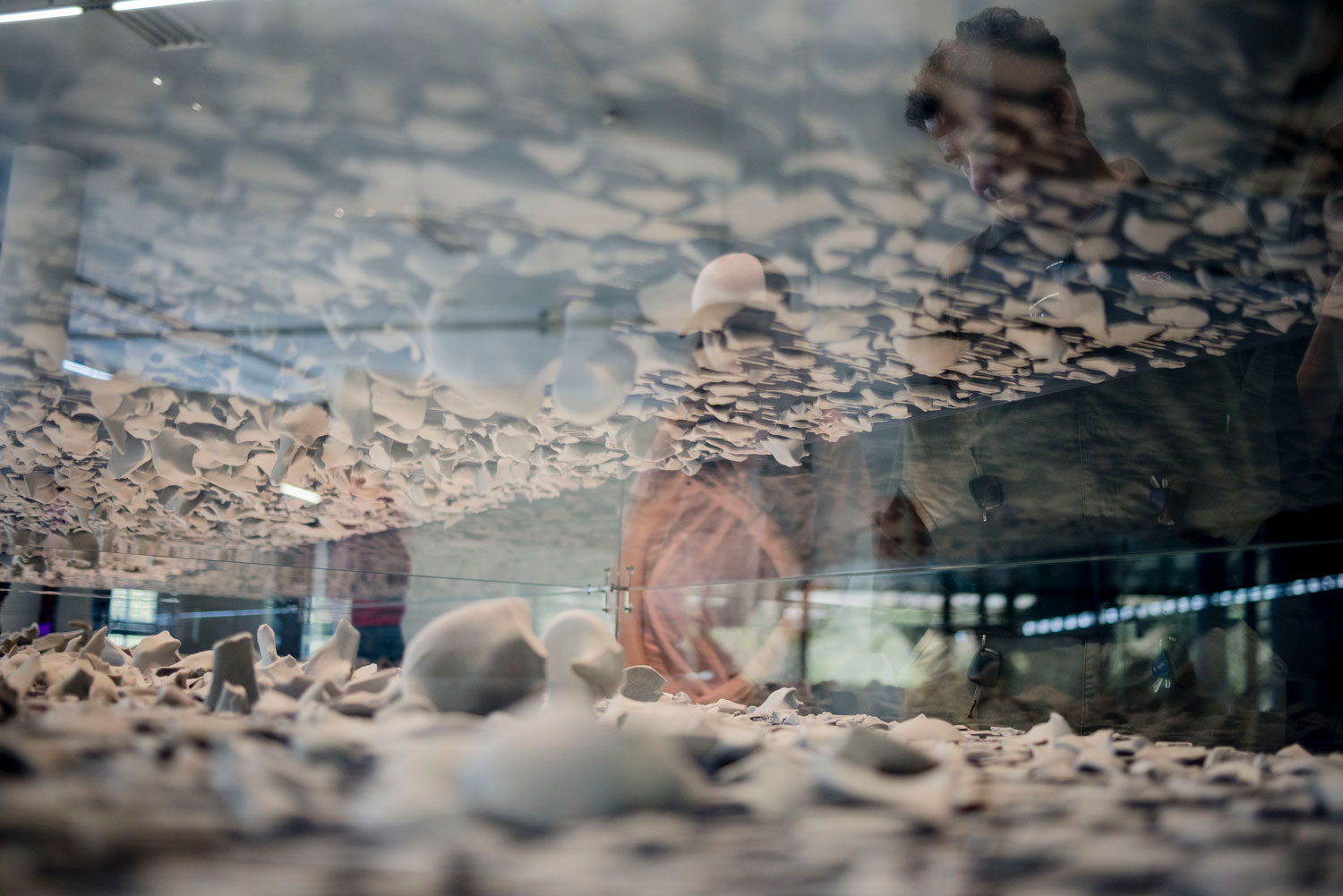 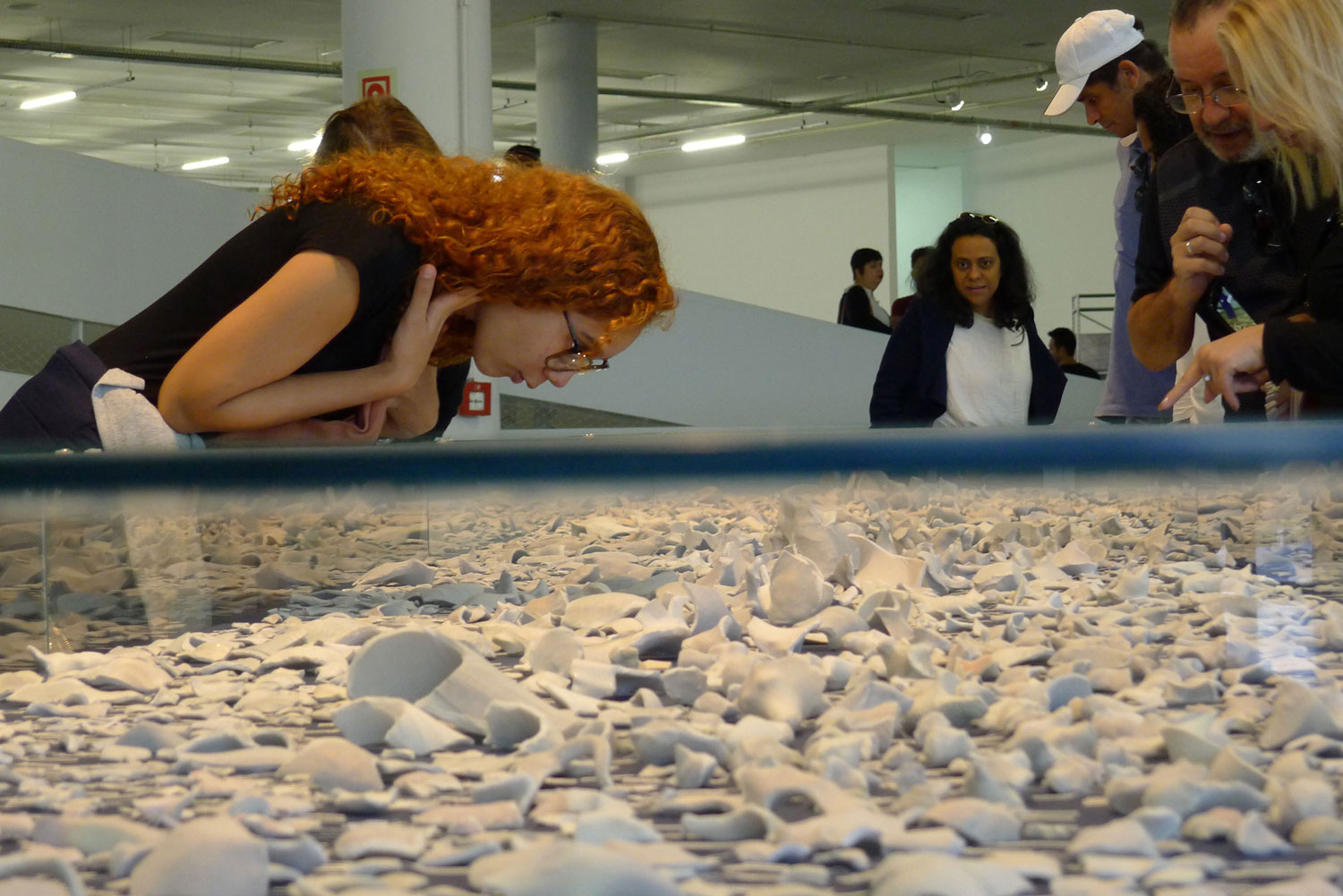 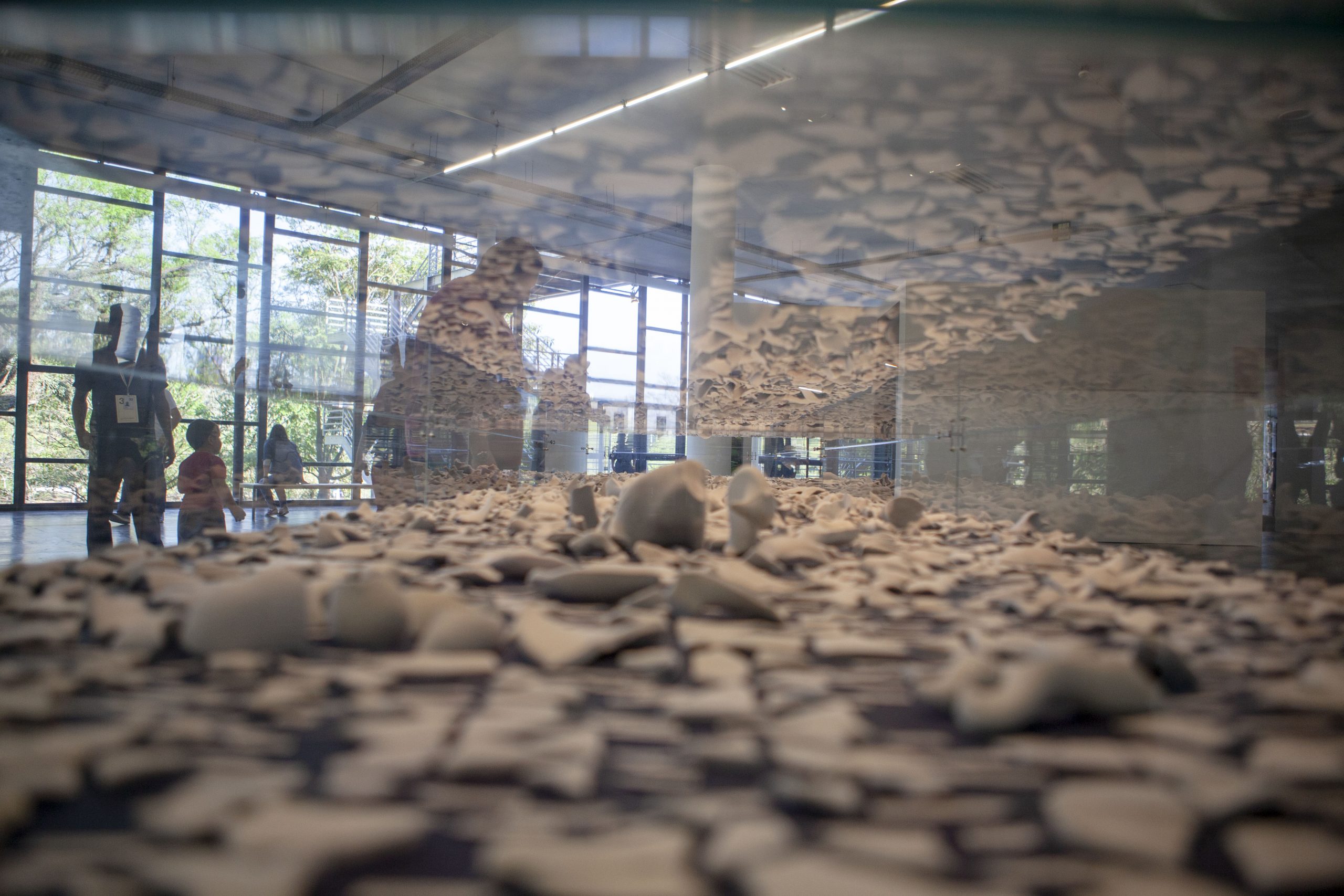 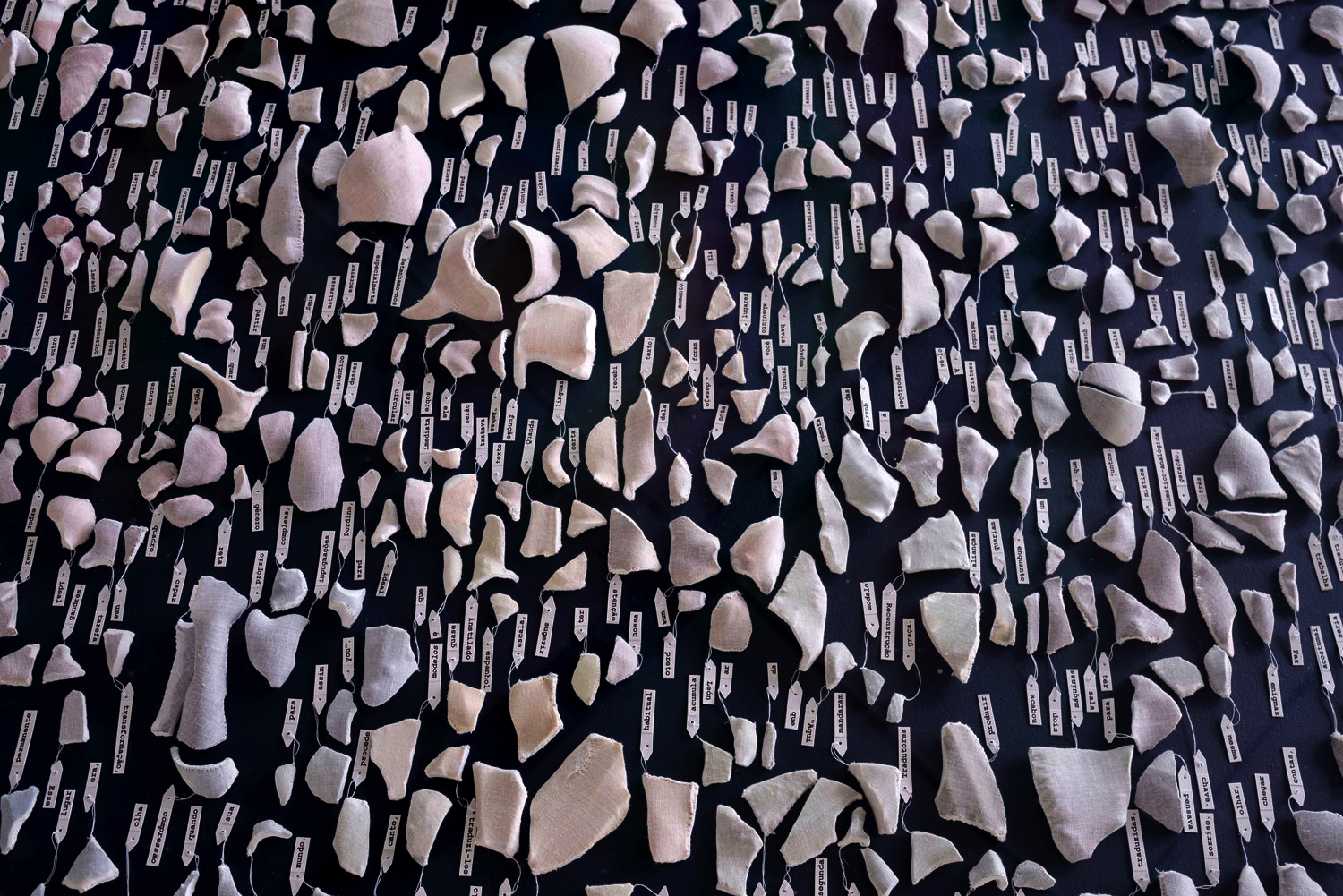 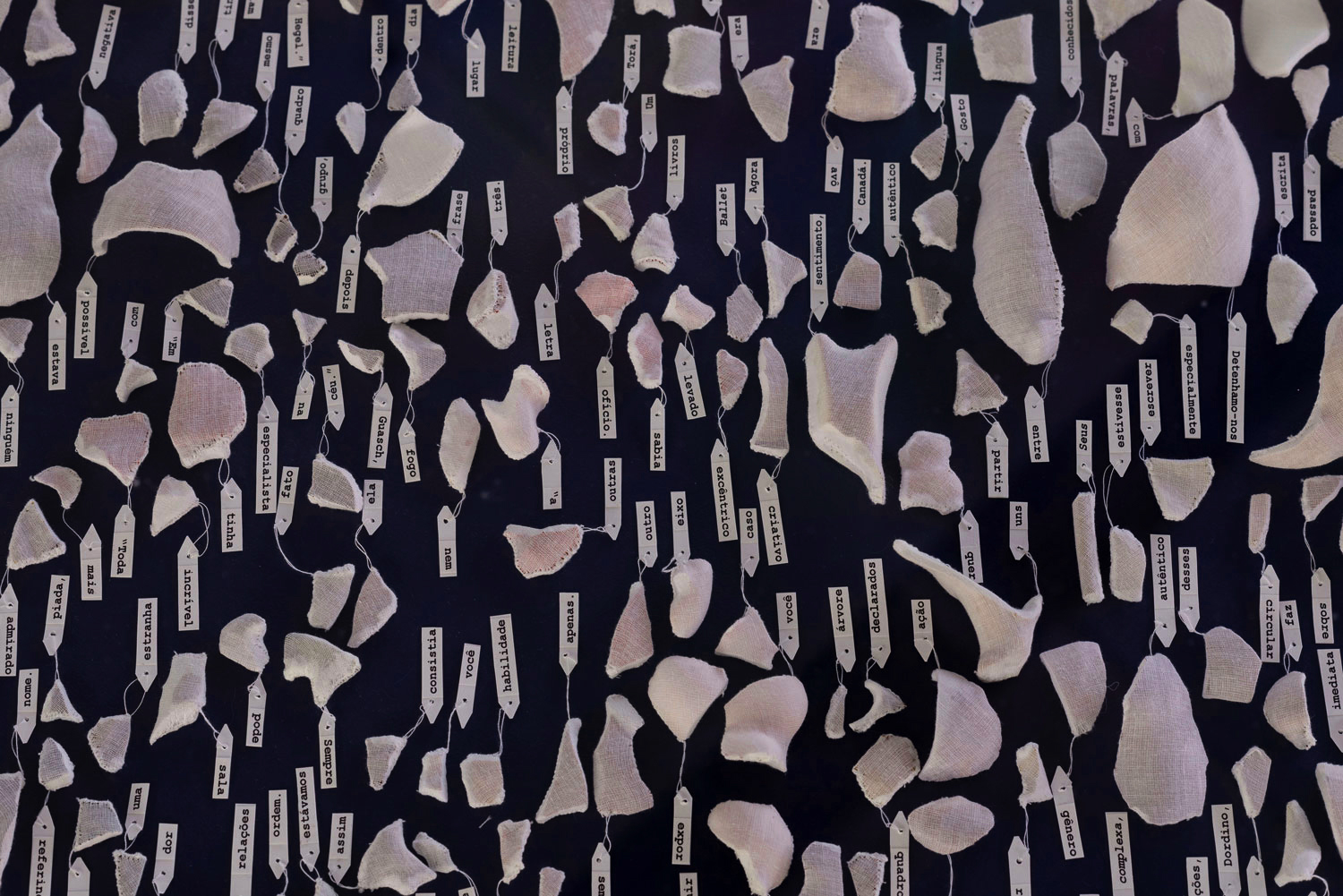 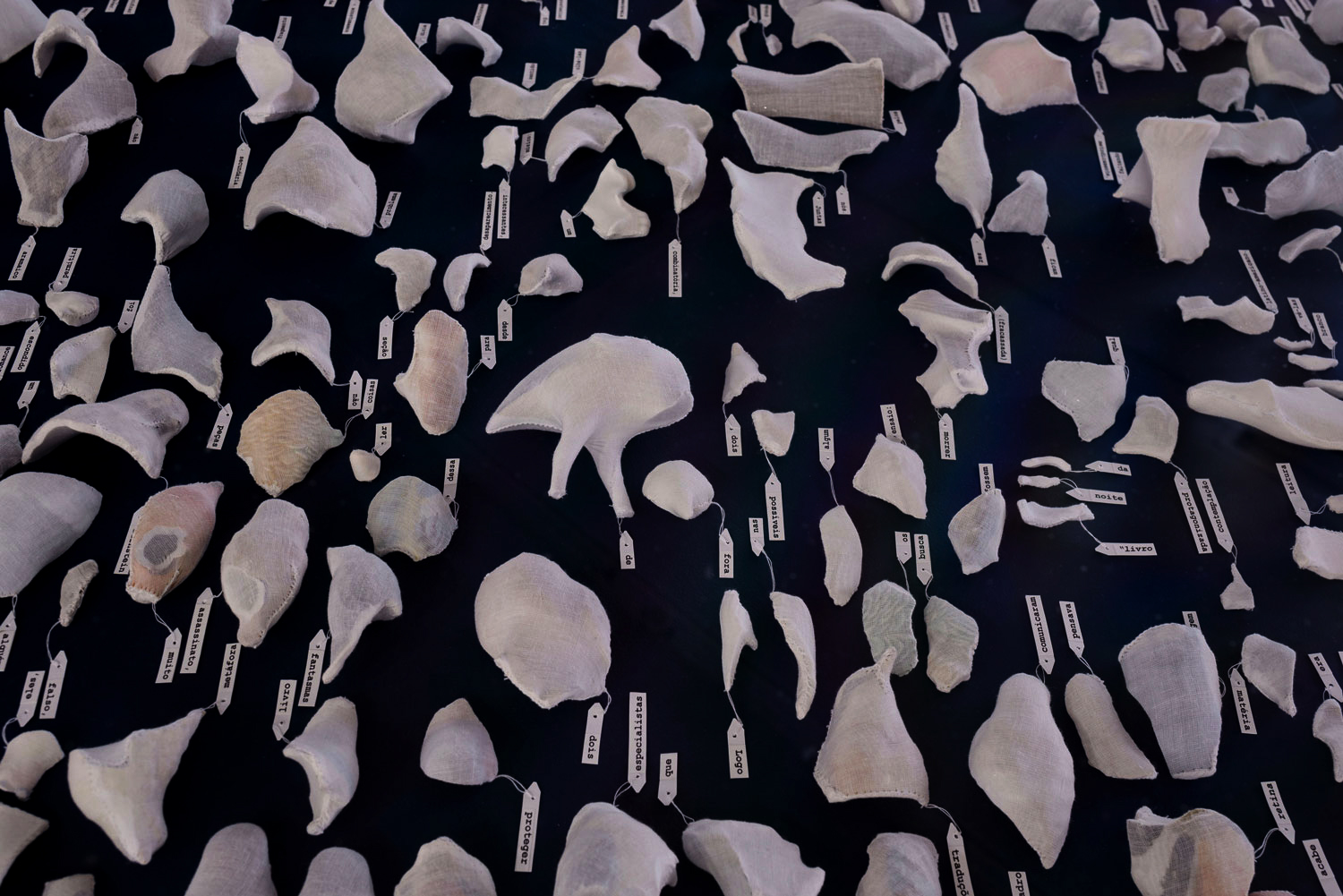 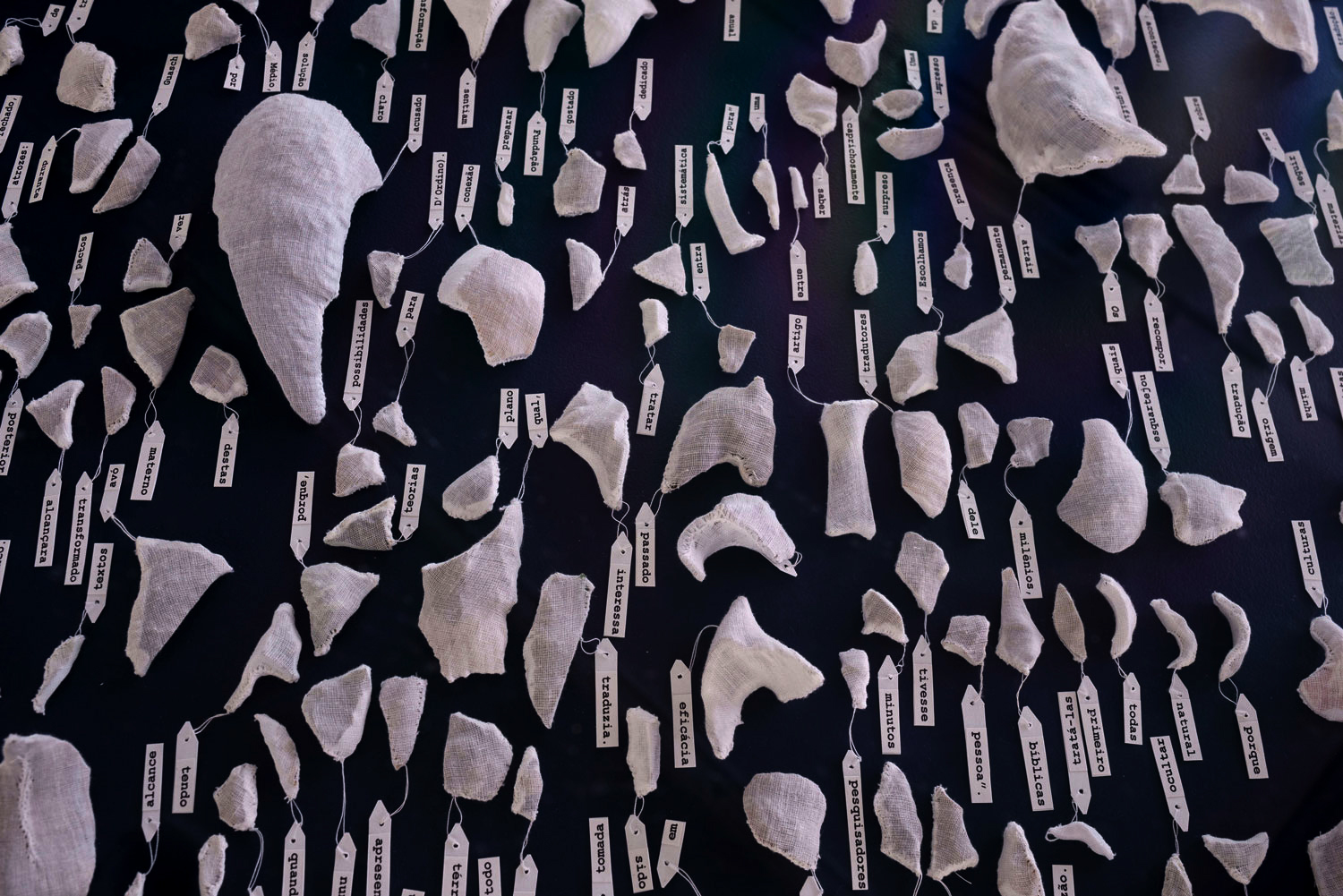 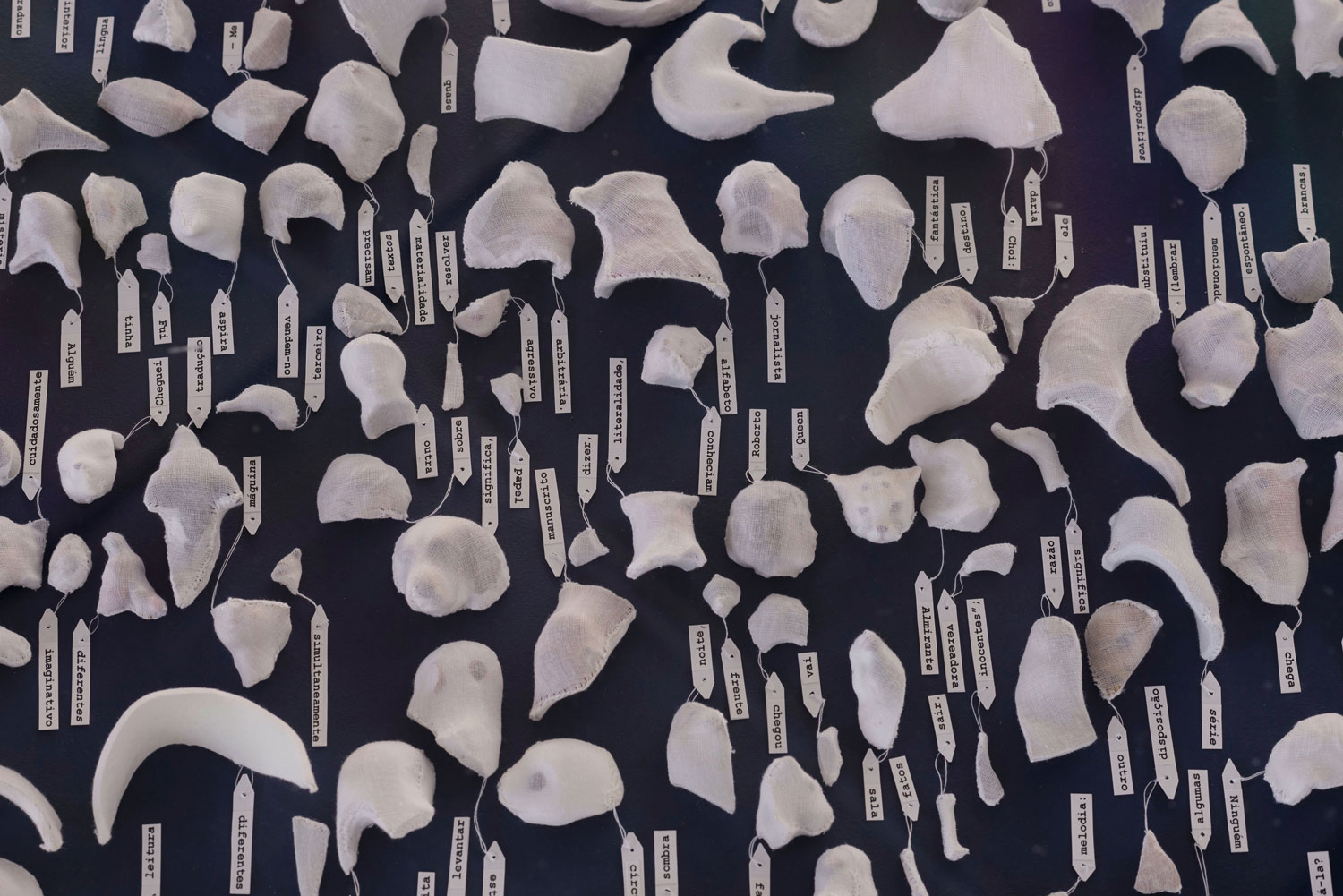 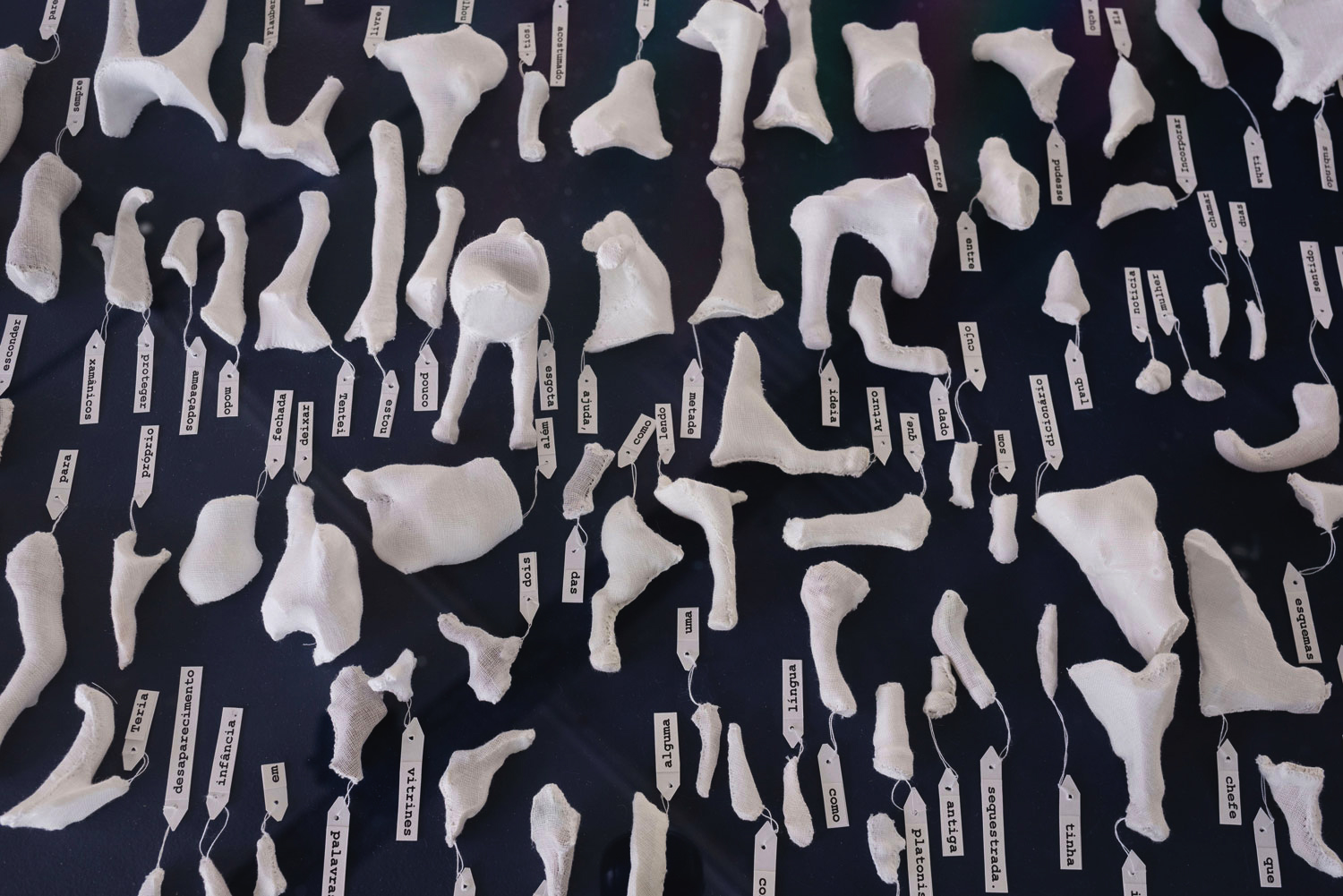 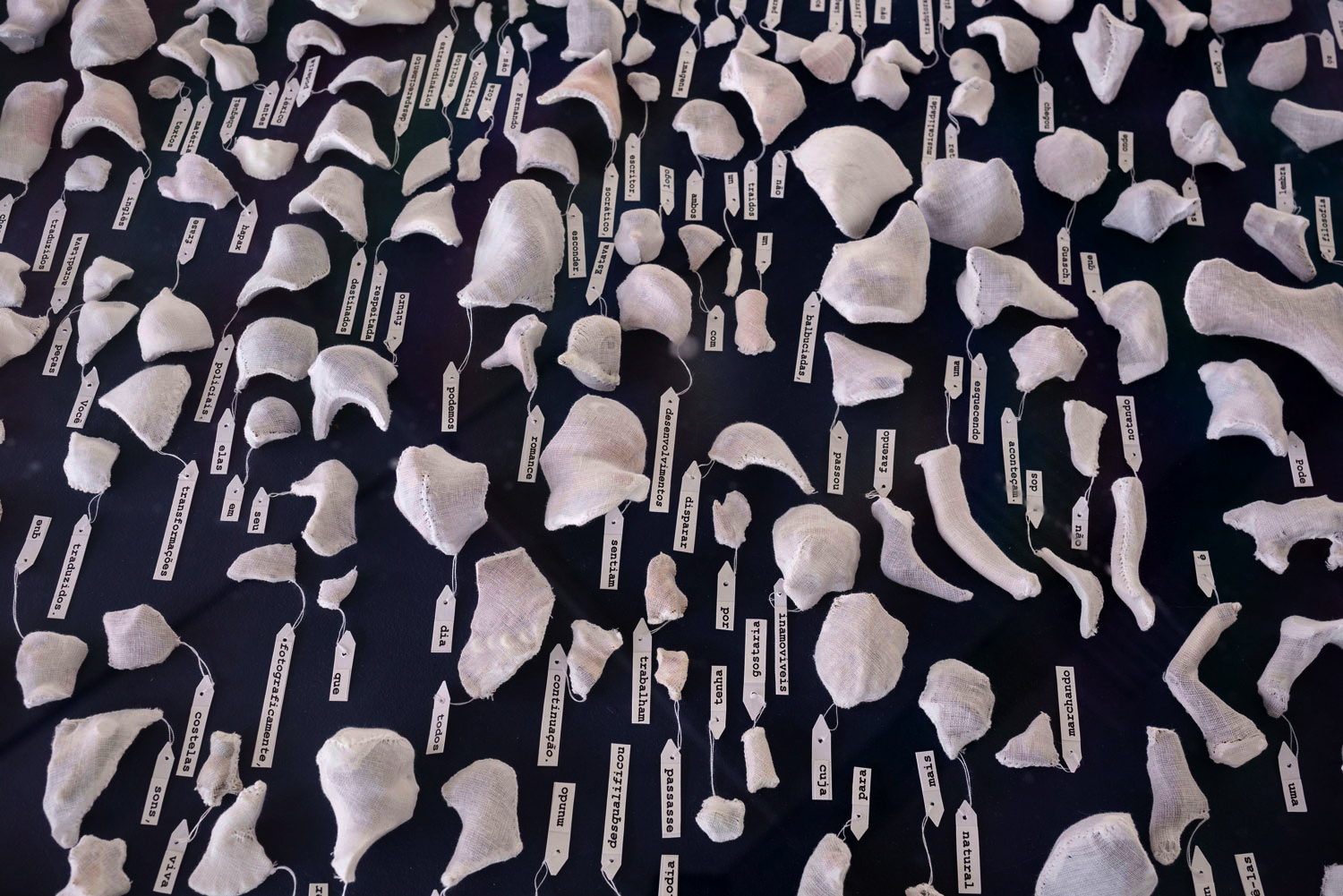 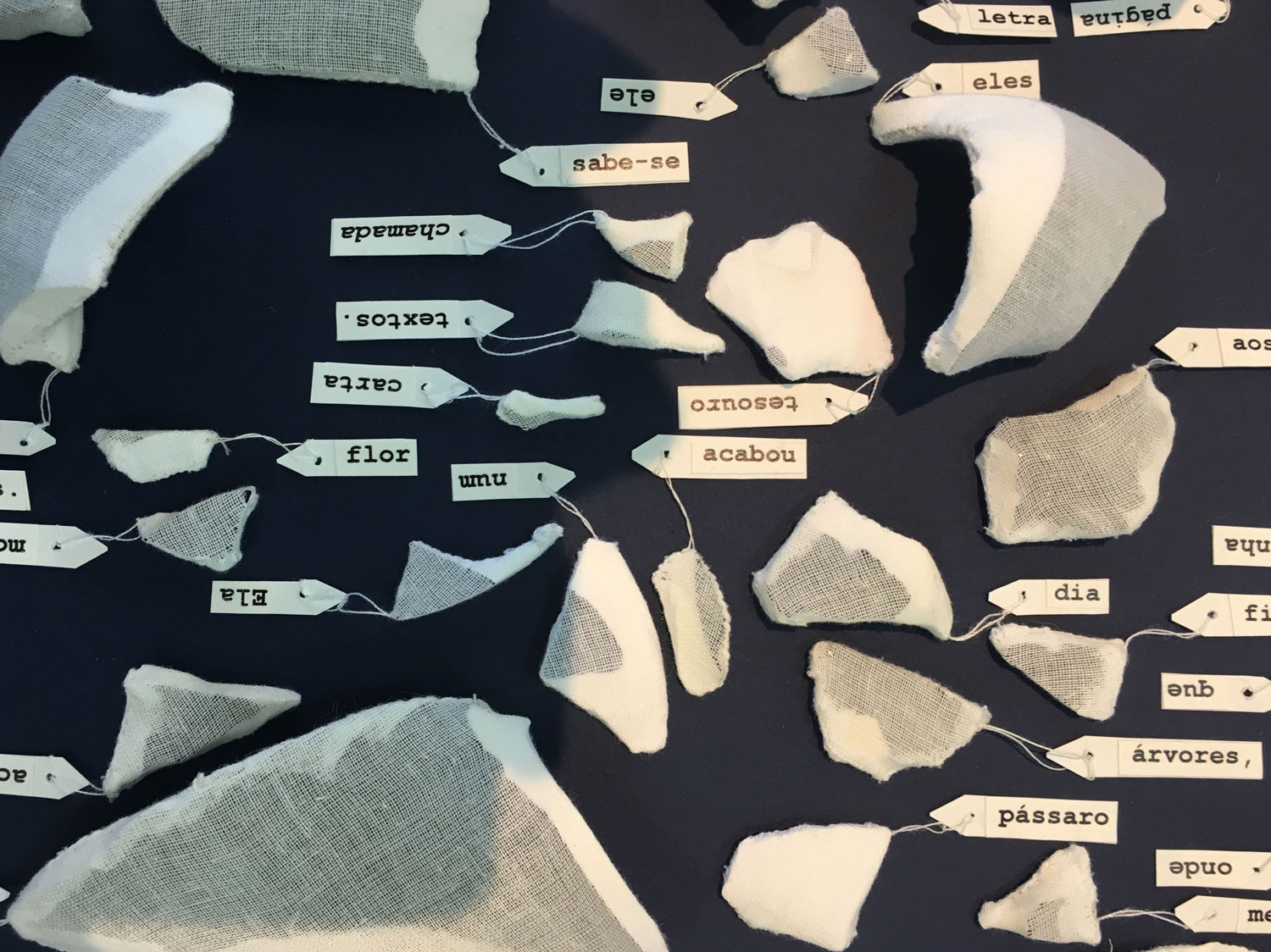 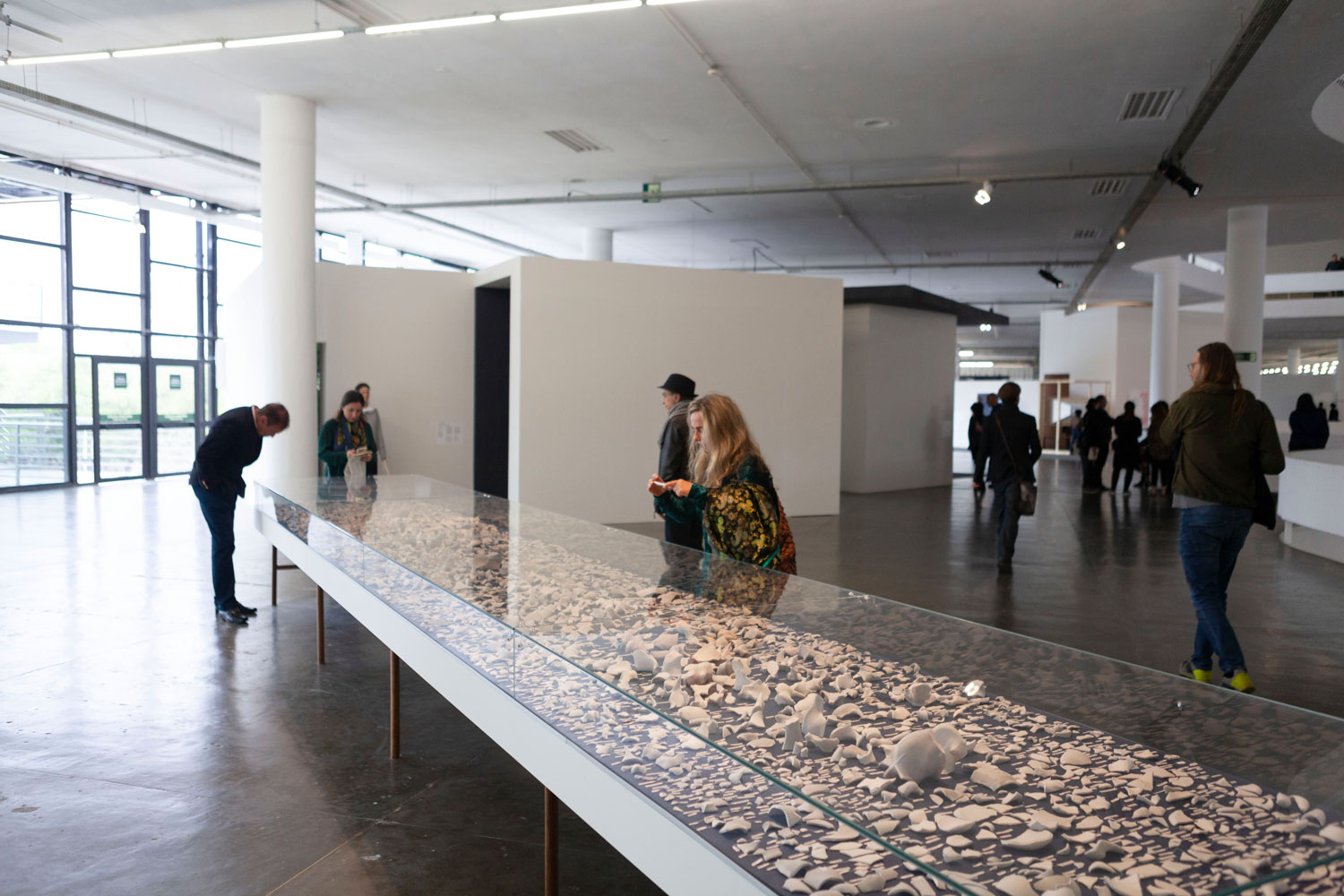 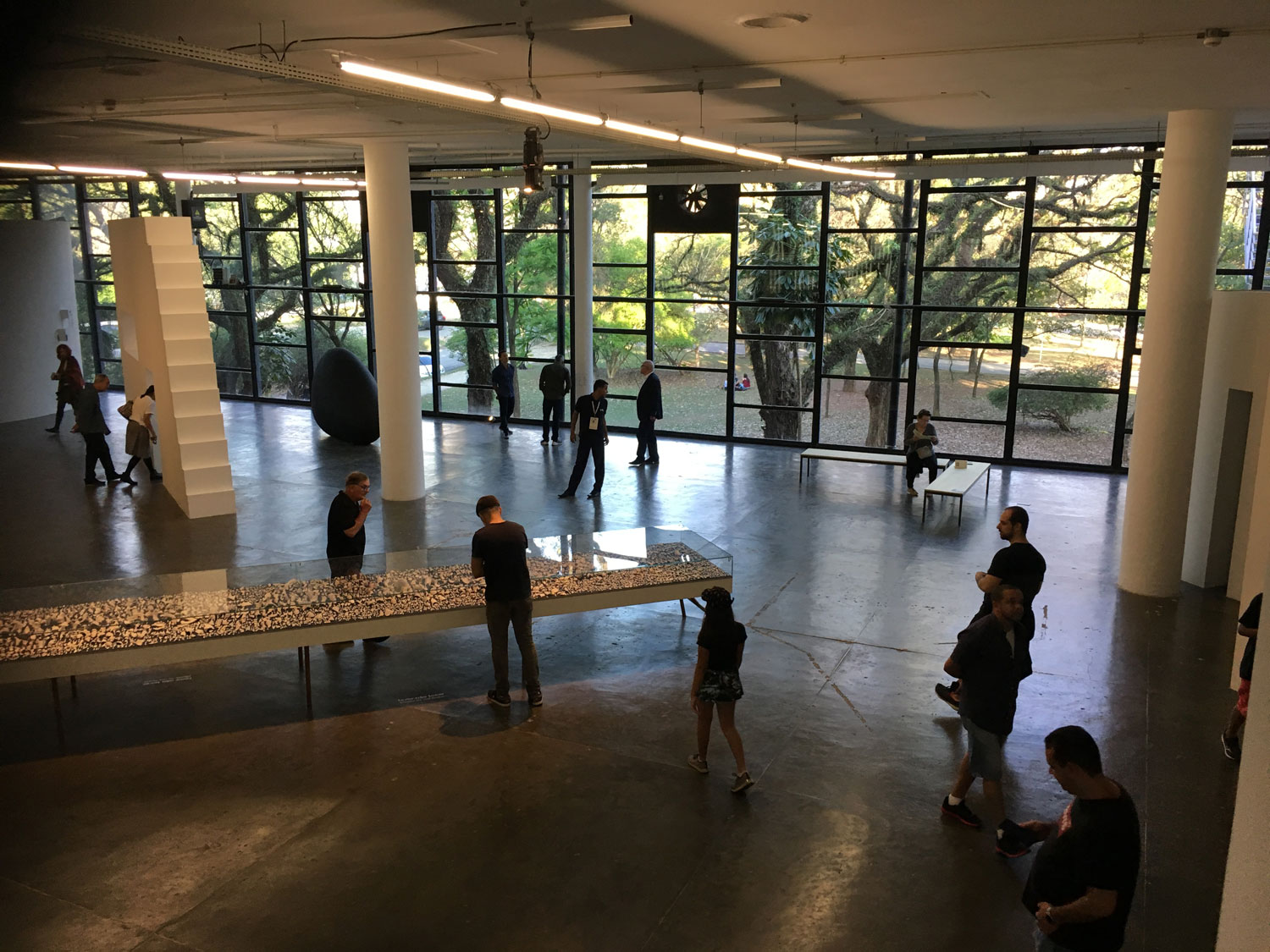 The Bienal de Sao Paulo Makes a Bold Attempt to Change the Way We Look at Art. Can It Work?
By Ben Davis for Artnet, 17 Sept 2018

Artists are taking back control at the São Paulo biennial
By Aliza Edelman for Apollo Magazine, 18 Oct 2018

The Politics of Preference
By Jayne Wilkinson for Canadian Art, Sept 2018 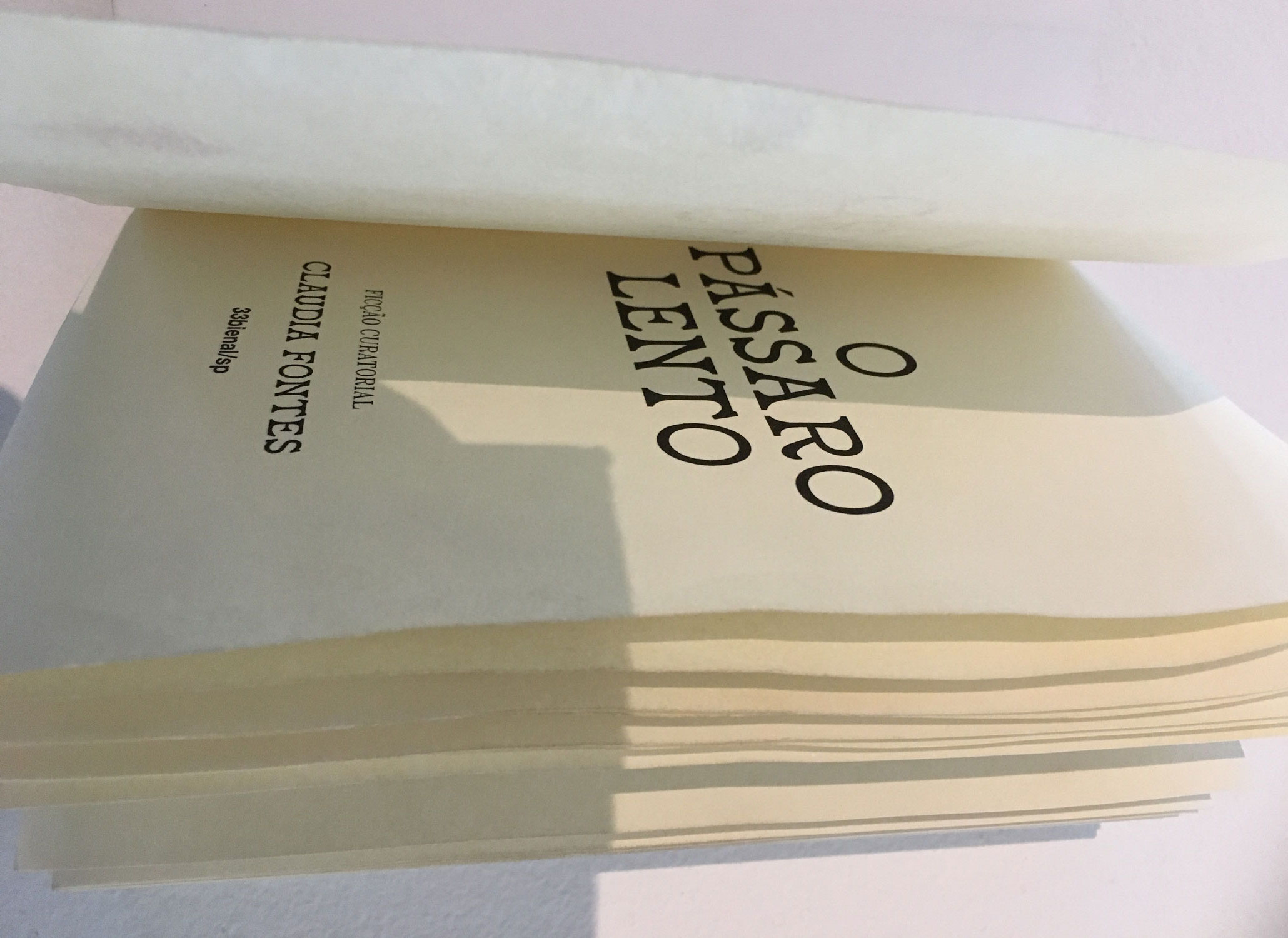 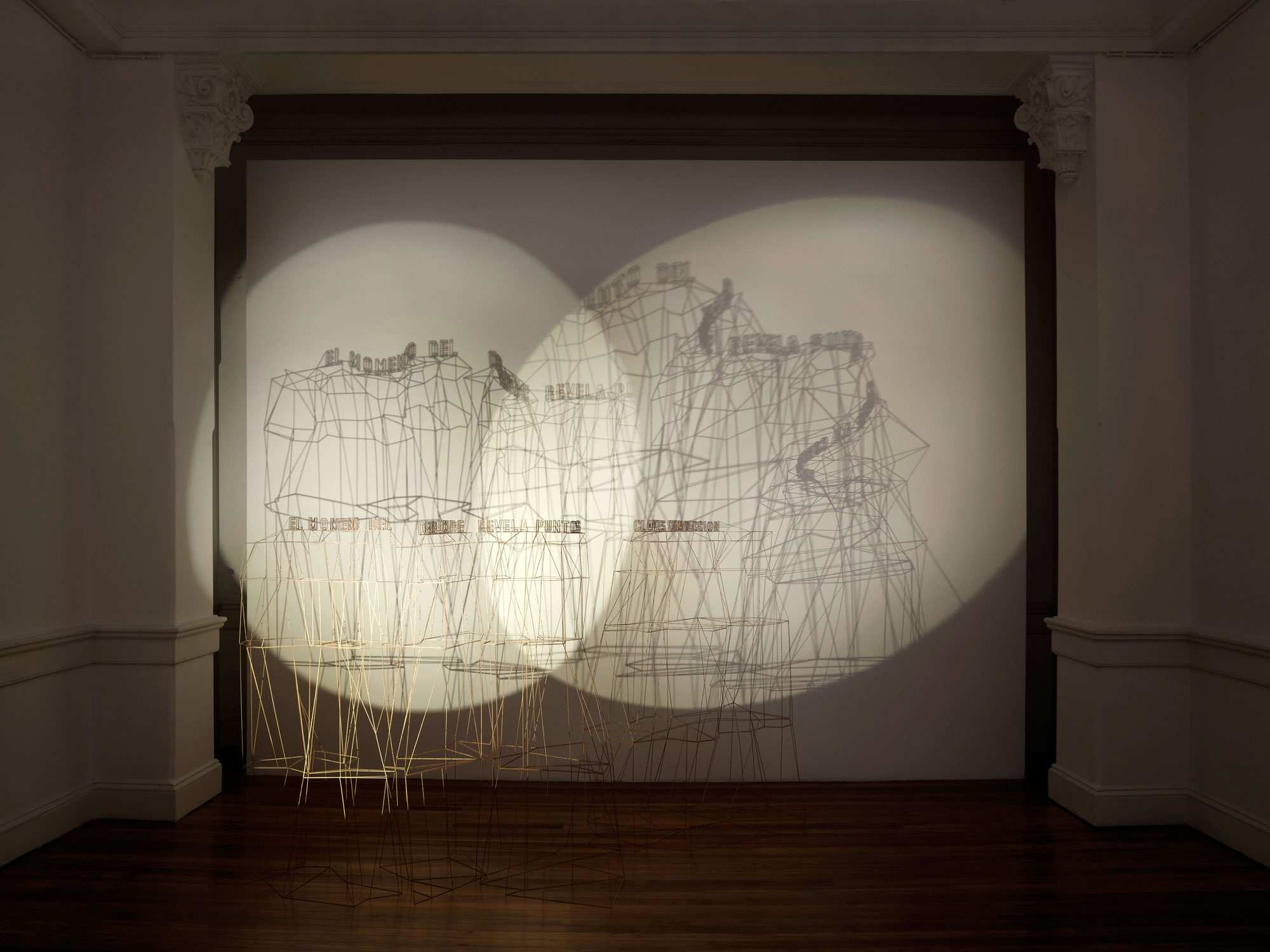 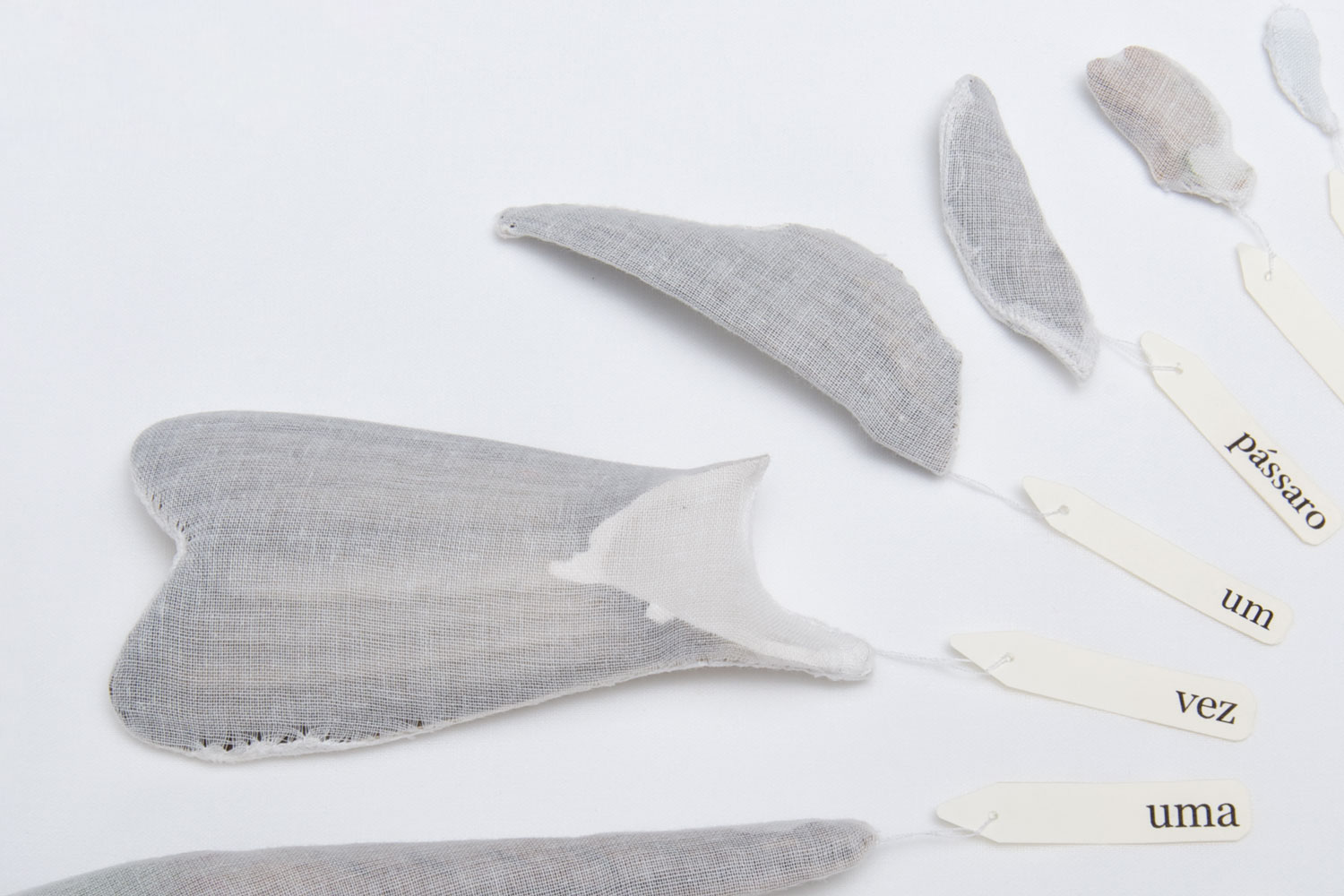